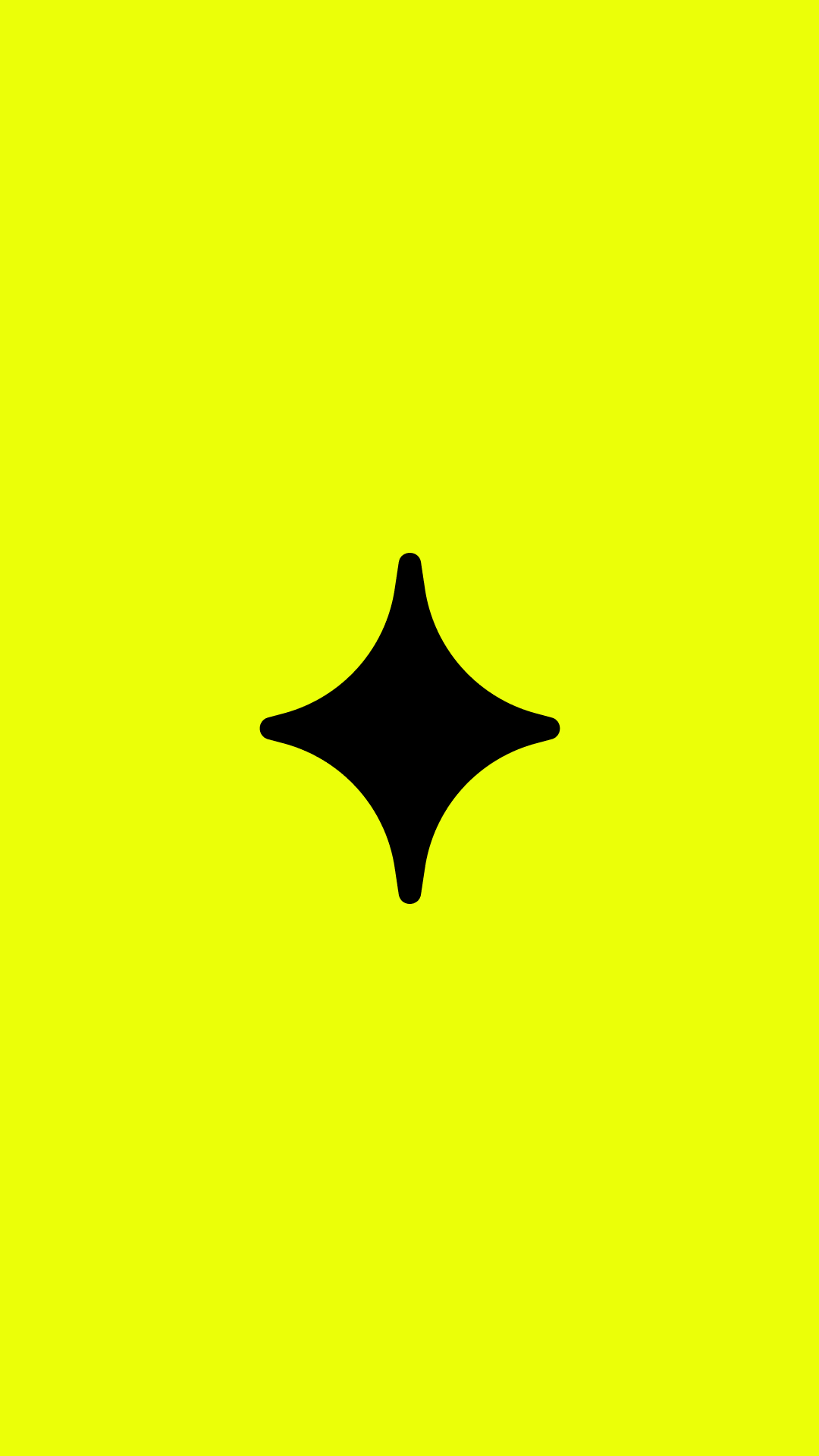 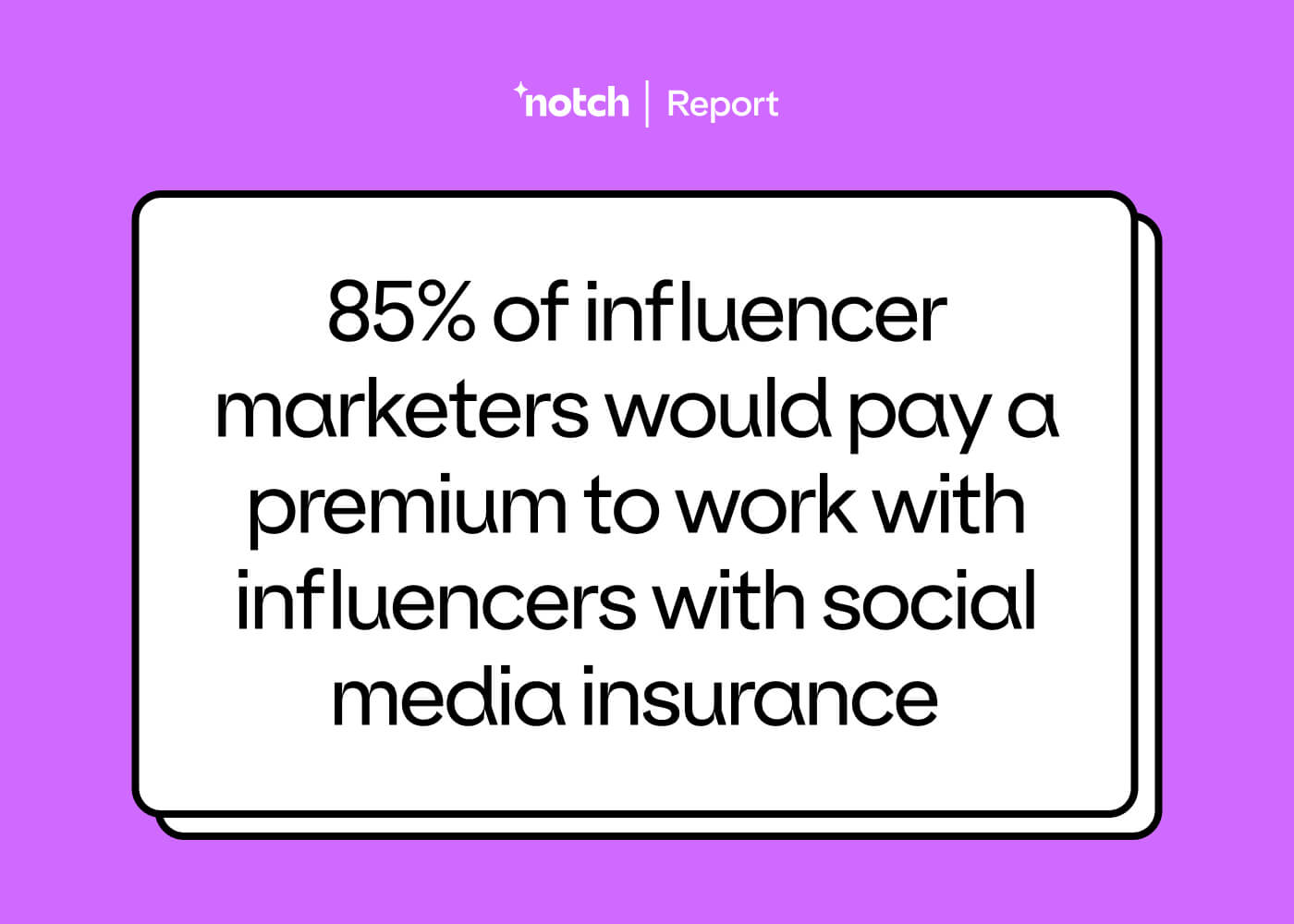 1. How widespread hacking is and it's impact on their marketing activity

2. Their main concerns about Instagram hacks when working with creators

3. How Instagram insurance for creators would ease their concerns and impact their strategy

Our findings were both surprising and intriguing in equal measure. Let's dive in.

The creator economy is flourishing. From Instagram to Substack, Youtube to Tiktok, there’s an abundance of mediums for individuals to create content, build a following, and earn an income.

Brands, eager to gain a competitive edge and get direct access to niche communities, are lapping it up. According to Influencer Marketing Hub's 2022 benchmark report, the influencer marketing industry is set to grow to approximately $16.4 Billion in 2022 - up from $1.7 billion in 2016. In addition, more than 75% of brand marketers are set to invest in influencer marketing in 2022. If 2021 is anything to go by, the majority of this spend will go on Instagram influencers.

At the same time, cyber criminals have been busy, too - namely with hacking Instagram accounts.

A report by the Federal Trade Commission found that social media scams in 2021 raked in a whopping $770 million from US consumers alone - marking an 18x increase from 2017.

Zooming in to Instagram, a creator account gets hacked on average every 10 minutes in the US alone, according to Notch's data.

And it's not just megastars being targeted. From Notch’s interviews with Instagram hacking victims, it’s clear that creators of all sizes are at risk, from micro influencers and small businesses, to full time content creators.

We wanted to see how these two trends - on the one hand, booming spend on influencer marketing, and on the other, the rising phenomenon of social media hacks - impact one another.

And, even more importantly, we wanted to understand how social media insurance, which is what we’re providing at Notch, might impact influencer marketers’ strategy and the potential earnings of creators.

76% of marketers said that when working with influencers, they are worried by the possibility of the influencer's account being taken down or hacked

Despite the growth of influencer marketing activity, the overwhelming majority of marketers we surveyed are concerned by the risk of hacking when working with influencers.

This is not surprising - hacking tactics are getting even more sophisticated, and can dupe even the most tech-savvy and vigilant creators. For instance, we talked to travel influencers Flip Flop Wanderers, who got hacked after falling for a convincing email impersonating a brand, even linking to a legitimate-looking Instagram account with thousands of followers.

Others, such as Wander Tears, fell for bogus copyright infringement messages from hackers impersonating Instagram, as shown below.

But what exactly are marketers worried about? After all, it’s not their account getting hacked…

Marketers' biggest concern is their brand being associated with an influencer’s account that would later be used to scam people. 72% of respondents said this was their primary concern.

That makes sense. No brand would want to have their name and sponsored content on a page of an account that’s engaged in illegal activity and posting inappropriate content.

We’ve seen that hackers often steal accounts to use them as a launching pad to hack other Instagrammers. That’s exactly what happened to lifestyle influencer Jessica Wenjia: her friend got hacked, and the hacker, impersonating her friend, then messaged Jessica asking for her details urgently. Unfortunately, Jessica fell for the bait, and got hacked herself - continuing the cycle.

Other common scams used by hackers once they’ve taken over an account include bogus Bitcoin or investment opportunities, fake romances, and fake products. Natalie Grunberg-Ferreira, for example, got tricked by a hacker who stole her hair salon’s Instagram account. The hacker uploaded a story through her salon’s account, promoting a fictional investment opportunity - leading to a customer losing $2000.

In the screenshot below you can see similar activity - a legitimate account got hacked and started posting photos promoting bogus money-making schemes. For brands working with influencers, this is a potential minefield.

56% of the marketers we surveyed also said they were concerned by the possibility of disruption to their campaign and potentially wasted ad spend, if an influencer they’re working with gets hacked. 30% also stated they were concerned that their account might be targeted next by the hacker.

According to Influencer Marketing Hub, 83% of marketers say the money they use to run influencer campaigns is taken from the overall marketing budget - in other words at the expense of other marketing channels. Given this opportunity cost, it’s no surprise that 56% of marketers we surveyed are concerned about wasting ad spend should an influencer campaign get disrupted by a hack. Ultimately it would result in less ROI for the advertiser, which could impact their budget allocation going forward.

This just goes to show the prevalence of social media hacking. From Notch's proprietary data, over 200 influencers get hacked per day in the U.S alone - and it’s not just mega influencers who are at risk. In fact, it’s pretty much everyone with an account, from creators with 175,000 followers, to nano influencers and small business owners.

Creators, and the social media accounts they earn their living from, are businesses in their own right. And like any business on the high street, insurance is necessary to cover the potential losses caused by certain risks.

For creators, getting hacked is a grave threat - it means losing a following and community that’s taken years to nurture, and losing the ability to continue earning money through brand deals and other means - at least on the platform they got hacked on. But for advertisers working with influencers, hacking also poses an issue, as this survey demonstrates.

Testament to this is that 84% of advertisers would prefer to work with an influencer with social media insurance. In other words, creators can gain a competitive advantage by  insuring their Instagram account. And in such a saturated market, this could be the difference between landing that long-term sponsorship with a dream brand versus losing out to another creator in the same niche.

But what does ‘social media insurance’ actually mean in practice? We’ll explain in the next point.

We explained to marketers in our survey that social media insurance, like what we provide at Notch, helps prevent hacks by educating content creators about security best practices, and helps retrieve accounts in the event of a hack. Evidently, these measures help alleviate the concerns raised by marketers when working with creators.

So much so that by investing in Instagram insurance, creators can actually earn more money from brands, with 85% of our survey respondents stating they’d be willing to pay a premium for such creators. 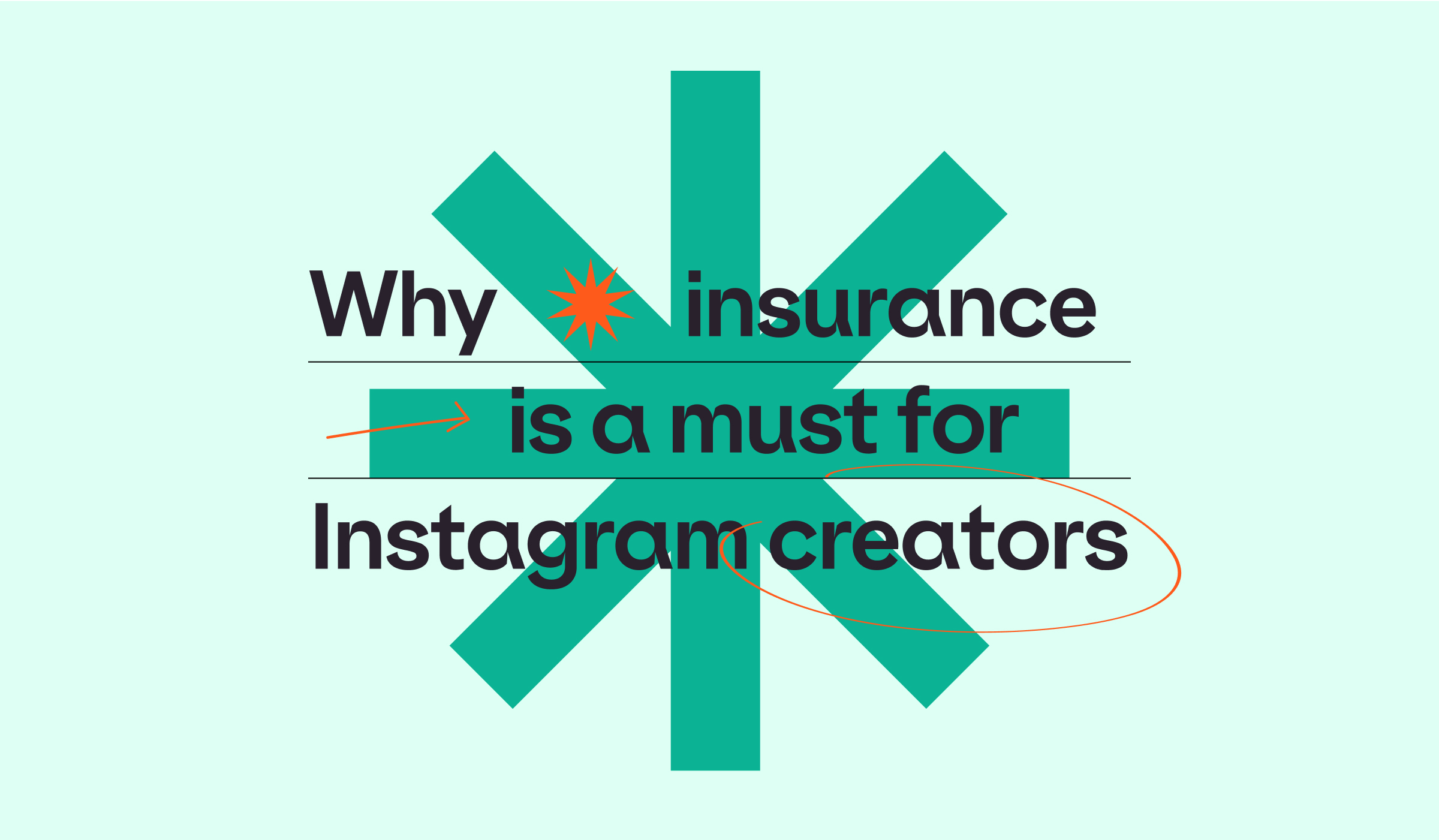 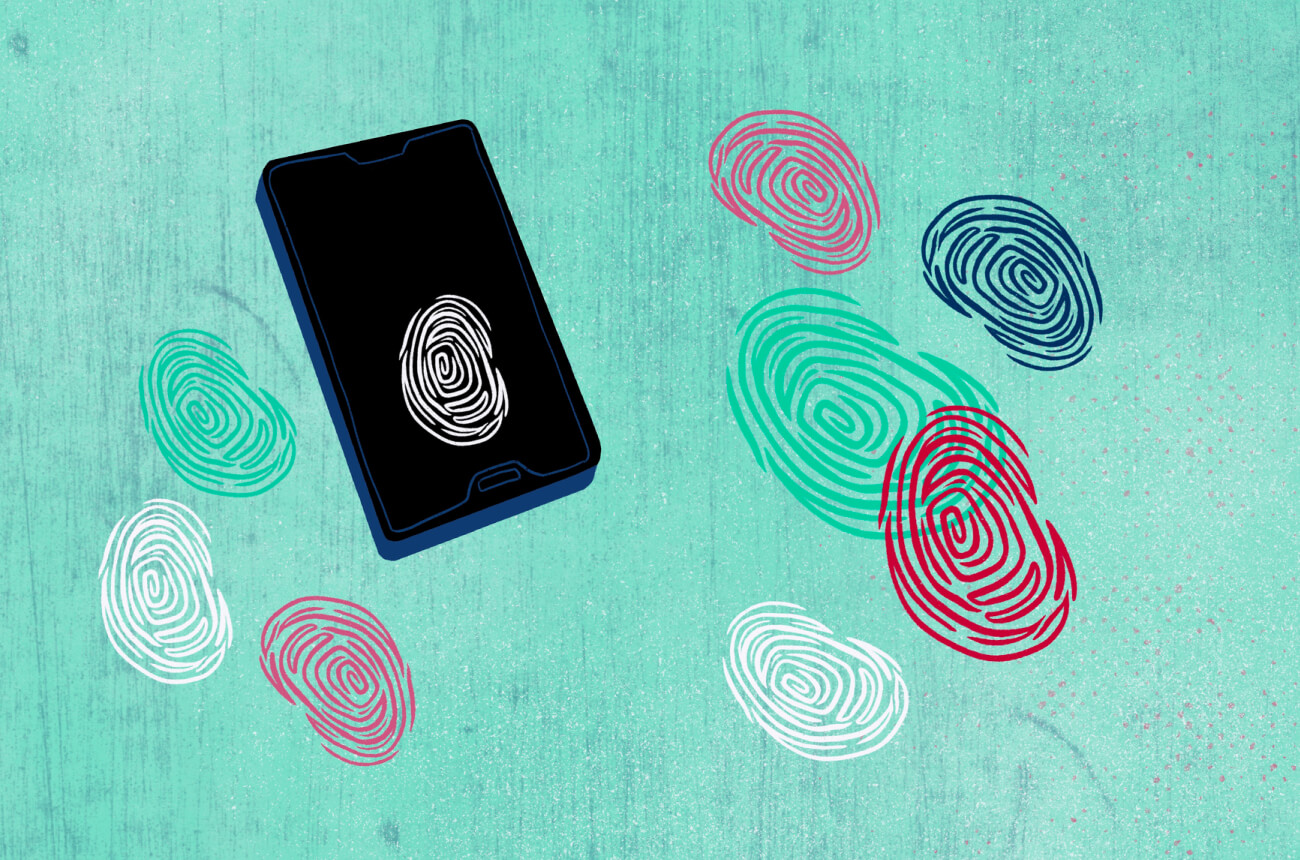 The what, why and how of social media insurance